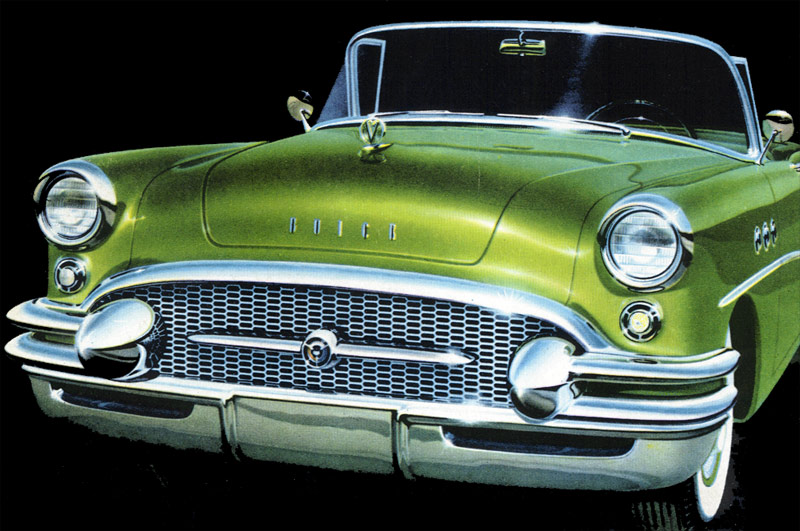 Forefront of Fashion - Thrill of the Year

The first part you can judge by eye. Take in the sweep of line, the bold greeting of the Wide-Screen Grille, the smart rake of the rear light assembly - and you begin to see why Buick for '55 is far more than a modest success.

But the next part - the pulse-quickening performance that is putting Buick way up to a new level of popularity - that's something you can judge only by what you feel at the wheel.

When we tell you that every 1955 Buick is boosted to the highest horsepower, Series for Series, in all Buick history, we're just giving you the facts from the record book.

And when we tell you that this rich and spectacular horsepower is now coupled to a new kind of Dynaflow* that, for the first time, brings to the automobile the principle of the modern airplane's variable pitch propeller - we're still giving you the simple facts.

It's what this combination does for you - in getaway, in emergency acceleration, in gas-mileage betterment, and in the sheer thrill of driving - that no mere listing of facts can explain.

We support the SEMA Action Network.